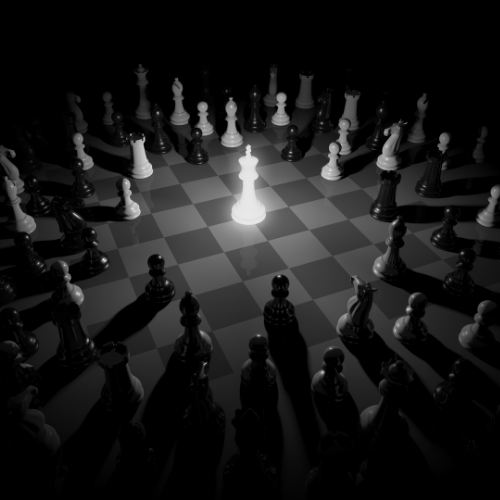 One of the best grand chess masters of all time is Garry Kasparov. Grand chess masters hone their skills with tens of thousands of hours of deliberate practice. They learn to “see” patterns and future move’s almost instantly.

This practice is as important as chess is complex.  After 4 moves there are 288 billion positions that can arise!  Yep! However, unlike much of the natural world and interactions with other people it is a finite domain – despite the vast numbers, you can count all of the possible positions. I can’t count the possible outcomes of one short interaction with another human (or even a bunny rabbit for that manner) but I can count the possible moves in chess.

Given this finite complexity, computer scientists saw chess as the ultimate testing ground for “intelligent” machines. Could a computer beat a grand chess master? For years the answer was, “not even close”. Humans ruled hands down.

Then in 1996 the IBM supercomputer ‘Deep Blue’ and Kasparov duelled for 6 games. Kasparov won, but it was close. The next year they rematched and Deep Blue won. Since then it’s been one way traffic. Was this the Terminator turning point? The end of humans and the rise of machines?

Not quite. Kasparov had an insight – What about tournaments between humans paired with computers? Take a “good” chess player (not a grand master) and pair them with a super computer and what happens? they destroy everyone. Grand Masters, Deep Blue, the lot.

It’s yet another example of the power of AND. Human’s can strategise and “imagine” what might be a good move. The computer can run the numbers and tell you if it will be. It’s using the best of humans and machines.

I share this as a story of hope and opportunity. Chess is complex but unlike most of the world we live in it is still a constrained and finite problem space.  Therefore, chess is a simple, not a wicked, problem to solve.  Even in this domain computers still don’t fully rule (I think they will soon). Funnily enough, thanks to human technologies just about all the worthwhile problems we as humans face are wicked (almost unendingly complex), not simple.

So the opportunity for most of the world, and certainly leadership development and coaching for quite some time is humans plus machines.  Let the human coaches and facilitators do what only they can do, such as, the deep insightful, caring and connecting work. Combine this with what computers can do well, such as connecting insights from vast databases, staying with people (in a pocket or on a wrist), and providing space for private reflection. We can vastly improve the accessibility and impact of leadership development, leading to a more conscious society that ironically will stay ahead of machines and AI for longer! Cyborg coaching?

We are at the start line and out of the blocks – what next ideas or future do you see to more effectively leverage human machine pairings? 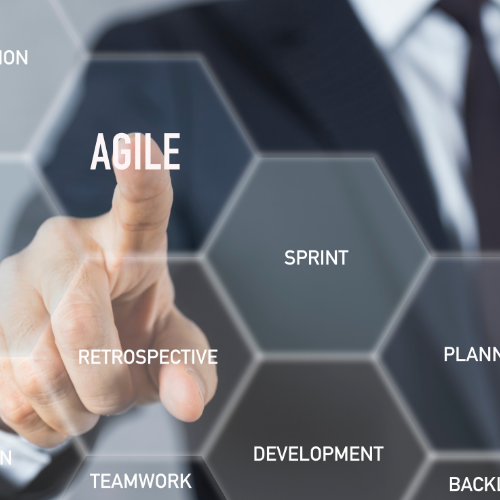 Diversity in Counsel, Unity in Command

Agile is a bit of a buzz word in business at the moment. How many of us have; been in a cross functional sprint team, had a ‘retro’, or planned to ‘iterate’ an idea in the last year? I am a fan. However I’m also a BIG believer in us doing our own learning. Taking the principles of Agile and making our own versions of this. Here is a window into some of my own learnings hot off the press this week.

1) ‘Diversity in counsel unity in command (execution)’ – Cyrus the Great

Cross functional sprint teams are great for making sense of opportunity and what is required to make it work. We quickly build relationships, understood scope and potential and created energy. This is all vital for eventual execution of what is created. Remote Cross-functional sprint teams can sometimes struggle to execute and create as the work of everyones ‘day jobs’ wins, and after a while meetings are 50% about why last meetings actions didn’t get done.

2) Blitzing works
When execution is required blitz sessions work. Longer meetings that are more like workshops where the work is done, not talked about

3) Reflecting and pivoting is critical
Regular meetings and cadence help build momentum. However they also build inertia – the team can stay in place and continue the meeting, long after the benefit is extracted. Plan to pause, reflect and have the courage to adjust how the sprint team is meeting and functioning as progress is made

4) Creating and ‘owning’ product is a thing, it’s not an add on to our other work
Innovative offerings need investment, deep care and ownership to not just be an increment on what is already done
It is very very hard to do this around another jobs. Ideas and input are important but are also cheap and easy for others to give. Creation and execution need a home, a day job.These are raw reflections. I’d love you to build on these reflections within your own teams. How can you learn together and shine a spotlight on what works for you and your team and tweak what doesn’t.